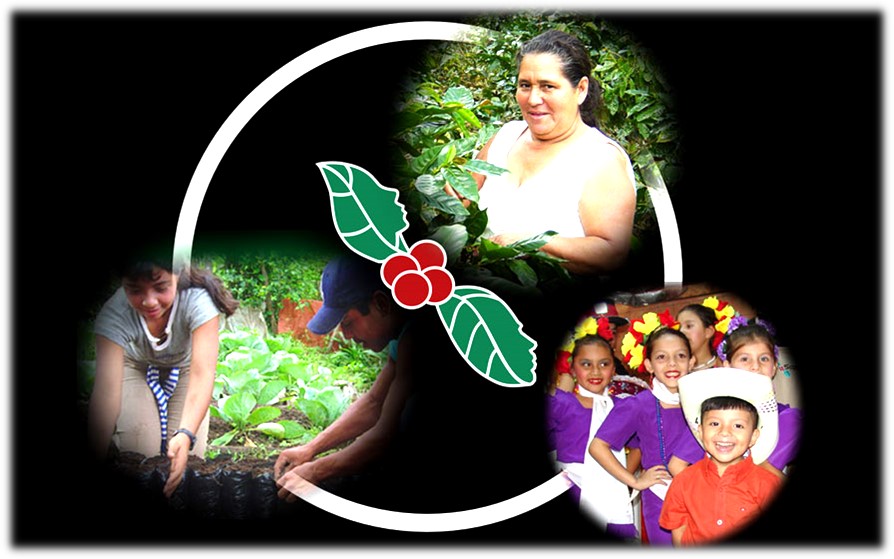 This was the message from representatives from the Co-operative Union (UCA) SOPPEXCCA at a webinar co-hosted by NSC and the Bristol Link with Nicaragua to mark Fairtrade Fortnight.

We are very grateful to SOPPEXCCA general manager  Fatima Ismael  and producer Erika Lanzas Rodas for  their inspiring presentations and to Roy Kareem, Bristol Black and Green  ambassador for facilitating the event.

The following is a summary of the presentations of Fatima and Erika.

Where is Nicaragua and what kind of country is it?

Nicaragua is a small, impoverished  Central America country roughly the size of England and Wales with a population of 6.3million, 49.5% men and 50.5% women.

While it has a richness of resources it is impoverished  for historical reasons because of its role as a country from which raw materials were extracted.  An added factor is the boom and bust cycles for these raw materials of which cotton production of the 50s and 60s is one example.

Poverty is is particularly high in rural areas with thousands of people living a hand to mouth existence struggling to generate an income for their families.

The main crops grown  in Nicaragua are coffee, basic grains such as beans and rice, cattle, cacao and fruit and vegetables. 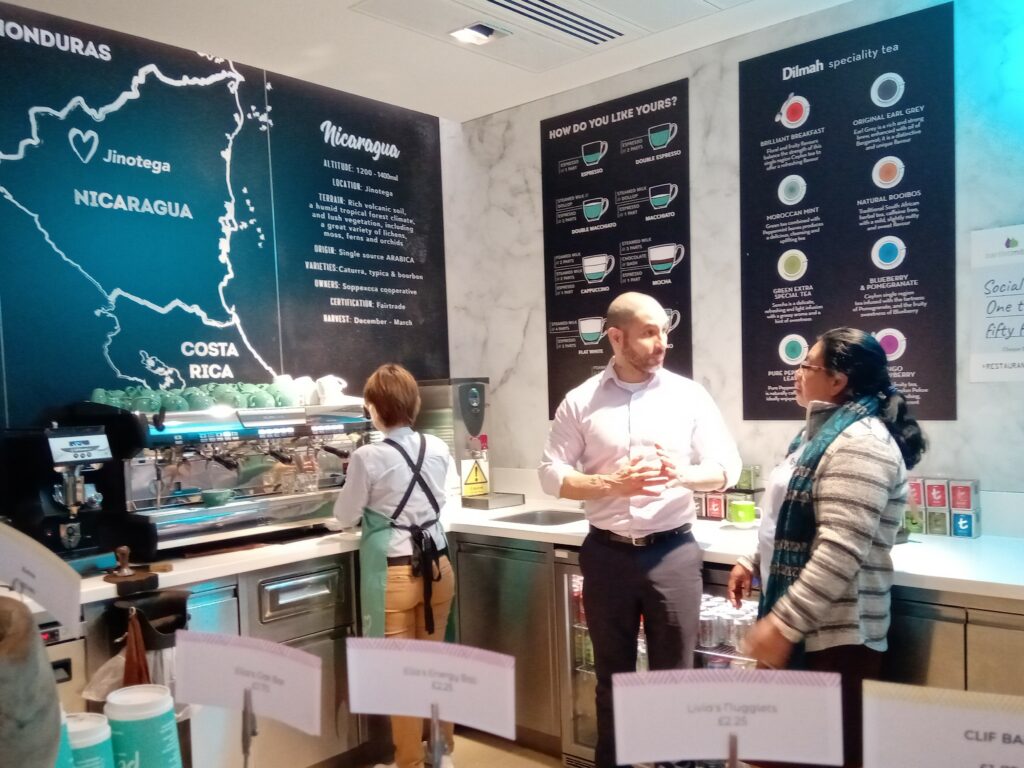 SOPPEXCCA producer Gloria Gonzalez visited the UK March 2020 as part of solidarity with SOPPEXCCA promoted by NSC and the Bristol Link with Nicaragua over the past 25 years.

How important is coffee for small producers?

There are 44,500 coffee producers in Nicaragua and 97% of them are small scale producers who own on average 15 hectares of land. They produce 45% of Nicaragua’s coffee.

What is SOPPEXCCA and what are its goals?

SOPPEXCCA is located in the department of Jinotega in northern Nicaragua and is made up of 650 producer members organised into 16 co-operatives.

It is based on an organisational model of inclusion of families to achieve equality, social justice and the fair distribution of resources. Environmental and social education programmes promote human development through empowering small producers and their communities.

Key areas of work are sustainable organic production, environmental protection, and  technical, training and credit programmes. Two cross cutting areas of work are gender equality and the involvement of young people in all aspects of the life at all levels of the organisation. 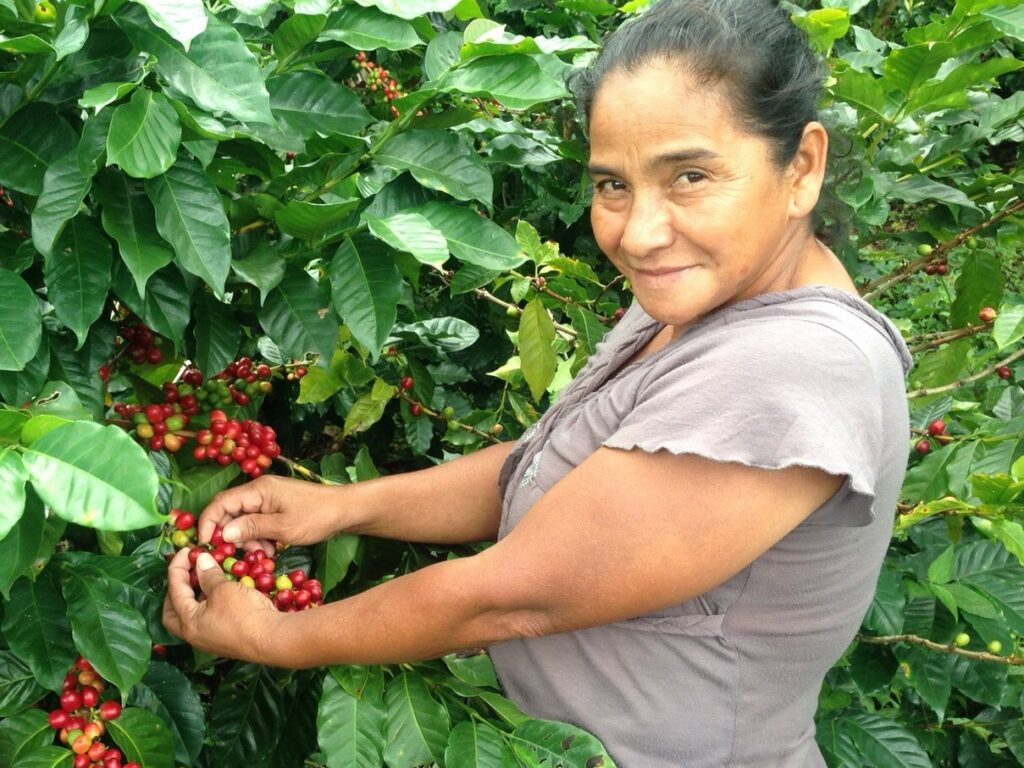 How is climate change affecting the members of SOPPEXCCA and communities in general?

Nicaragua as a country and SOPPEXCCA  as an organisation are in a constant struggle against the impact of climate change: droughts, floods, and hurricanes.

The producers and their families are the ones who are at the forefront of  risks to their lives and livelihoods  in combating climate change especially as their main crops are coffee and basic grains for the survival of their families. 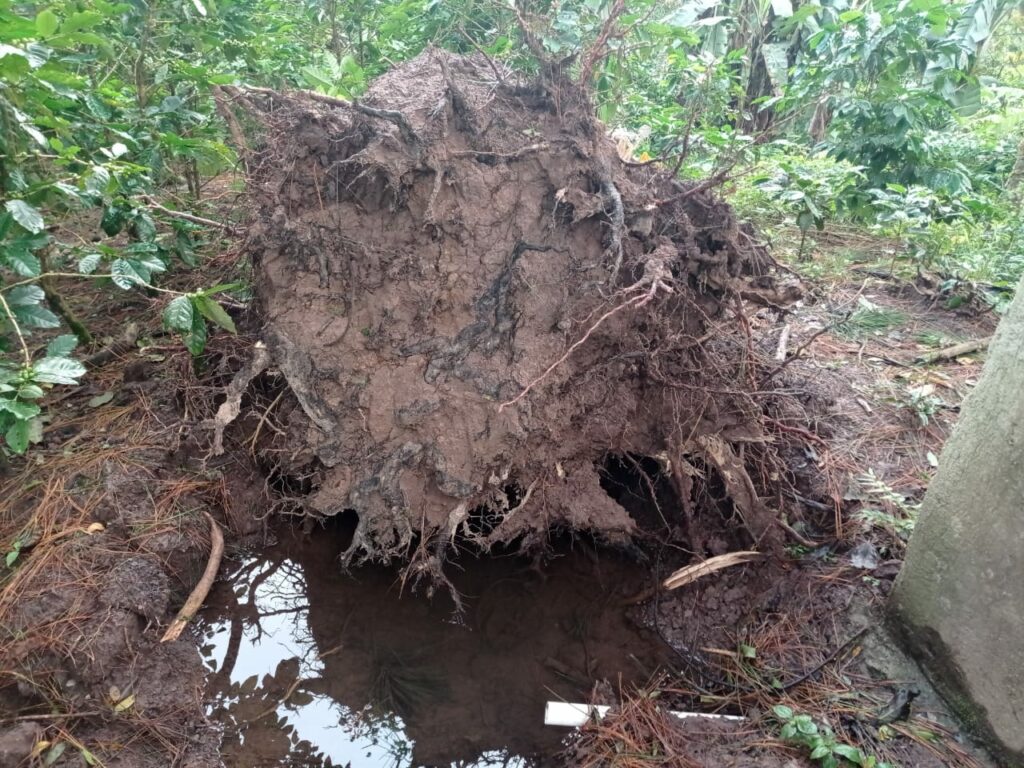 In  2014 – 2015 producers lost 40% of their coffee crop due to roya, a coffee rust that destroys the coffee bushes. Roya occurred because of temperature rises that create the favourable conditions for diseases.

All these factors have severe direct and indirect social, economic and environmental impacts. 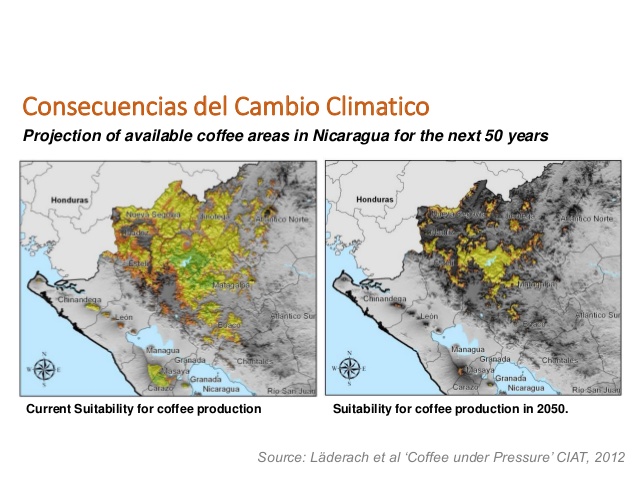 What is SOPPEXCCA doing to mitigate and help producers build resilience to climate change?

There are a number of integrated initiatives that SOPPEXCCA is implementing. This includes extensive reafforestation of areas of forests (especially important after the hurricanes); establishing areas of  agro-forestry with hardwoods for timber, fruit and banana palms; diversification of production to include cacao, honey and basic grains to improve food security and increase the income of families;  setting up an organic composting plant; and implementing processes for drying coffee in the sun to avoid using non-renewable energy. 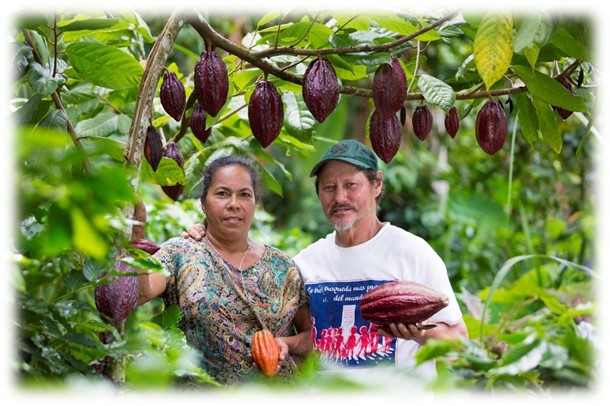 All these measures are reinforced with constant  education and awareness raising with producers, communities, and in primary and secondary schools.

What measures has SOPPEXCCA taken to implement  gender equality?

SOPPEXCCA was the first co-operative in Nicaragua to design and implement a gender policy which has facilitated other co-operatives to follow their experience.

In terms of leadership this has meant 32% of those in leadership positions are women.

SOPPEXCCA has worked intensively to ensure that women have access to land, credit and markets and all SOPPEXCCA programmes have at their heart the involvement of women and young people.

Markets include Fairtrade coffee for export and setting up local market spaces where women can sell fruit, vegetables, chocolate and other products.

Through these initiatives women have been empowered in terms of their life circumstances, their family unit, their  co-operatives,  their communities and SOPPEXCCA as a whole.

Some examples of areas of work include raising the self-esteem, visibility and confidence of women in production; reducing the excess workload through campaigns aimed at participation of all family members in household tasks; and the permanent struggle to eliminate  all types of violence and inequality.

Agroecological systems essential for mitigation and adaptation to climate change and conserving  biodiversity and ecological balance, are being adopted by small producers and in particular by women.

Another area of generally neglected work that SOPPEXCCA is beginning to address is the social protection for older rural women. 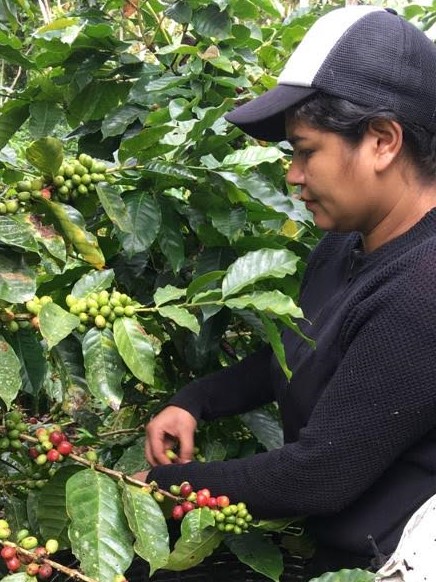 What is SOPPEXCCA’s message to Fairtrade and climate activists in the UK?

‘Fairtrade helps us to achieve our goals: diversification of production, promotion of gender equality including land and credit for our members especially women, production  high quality shade grown coffee, environmental protection; and fully incorporating young people into all our work.’

‘Join the Fairtrade cause; it is both the bridge and the vehicle that will transform the wellbeing of the families of small-scale producers. There cannot be climate justice without justice in the market for our products. ‘

‘We must highlight all our efforts to create a healthy and sustainable environment and show that in the hands of men and women small-scale producers lie family economies, livelihoods  and possibilities for real human development for all on equal terms.’

‘Together we will continue to create a better world.’

For a link to the webinar

What you can do

*Join NSC as a member to support our campaign for social, economic and climate justice in solidarity with Nicaraguan social movements

*Buy Fairtrade – look out for the logo, find out more about Fairtrade products available in the UK or  https://www.cafedirect.co.uk/

*Sign The Climate Coalition declaration demanding UK government take action on the climate crisis in the lead up to COP26 in November is Glasgow https://thetimeisnow.uk/

*Sign up to the COP26 coalition who will be mobilising in the lead up to Glasgow https://cop26coalition.org/

*Above all look out for and get involved in the thousands of national and local actions to exert pressure from below to ensure that the outcome for COP26 is not just a cosmetic fudge but that the largest emitters  such as the UK commit to concrete action for which they will be held accountable.