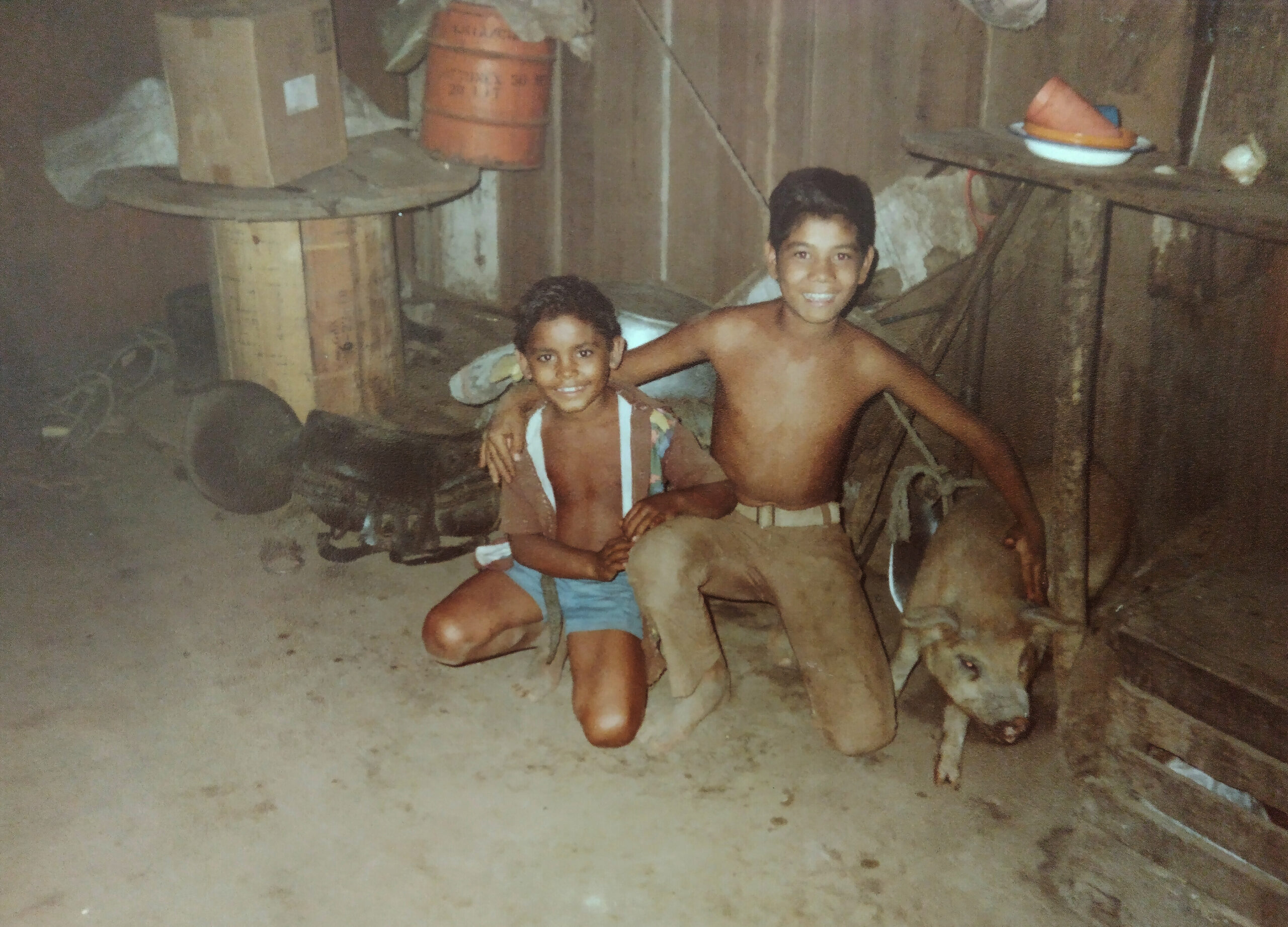 From the NSC archives: A day in the life of an NSC building brigade, 1985

Corazon Magico,(Magic Heart),  the latest hit in the Nicaraguan charts crackles forth from Radio Sandino followed by a government jingle about increasing cotton production.

It’s 5am and all life begins to stir in the community of Santa Paula in the middle of a vast expanse of cotton fields where we are staying.

Candida, the mother of the family shouts ‘Levantate, levantate,’ to eleven year old Gregorio and seven year old Ediberto.  Six days a week they go off to pick the cotton: their wages  a vital supplement to the family’s meagre income.

Candida, who has little patience with unreliable men, berates Santi, an older man who lives in the house. He forgot to pick up our rations of beans, rice, maize and sugar from the distribution centre yesterday, unforgiveable in Candida’s eyes.

As it starts to get light at 5.30am, the tractor and trailer arrive to take the workers off to pick cotton. It’s the hottest part of the dry season and the scorched, treeless plain is like a giant furnace. The workers are well protected against the spikey, scratchy cotton, sprayed with defoliant to make picking easier; it’s tough, exhausting, dusty work.

Meanwhile  our brigade of eight people from the UK  meets up to continue our work building a school. Julian is sighted disappearing into a field with a spade and some balls of cotton – OK as a toilet paper substitute except if you forget to remove the seeds.

After three month’s work the school is beginning to look more like a building and less like a satellite tracking station. At 9am a welcome break of coffee, grapefruit, and mangos. We chat with the Nicaraguans coming up with adaptations of Nicaraguan and English proverbs: an garabo  (iguana) in hand is worth two in the tree is one of the better ones.

A long discussion about water for mixing the cement follows. There is an acute shortage of fuel and spare parts because of US sanctions against Nicaragua, so no tractor and trailer to get water from the river. Constant invention is a necessity.  We half fill a barrel of water from a well, put it on some planks on a wheelbarrow…and hold our breath.

By this time the wind is blowing up fine powdery dust with occasional whirlwinds sending plumes of topsoil into the air. We clean the cement out of the wheelbarrow, place a mattress and a six month old baby on it….and Carlos goes off happily for his daily wheelbarrow ride.

We return to our Nicaraguan families where the children are drawing water from the well, collecting firewood, and dragging the reluctant pig to its sleeping place in the kitchen. One of their favourite tasks is topping up bottles of diesel and lighting the rag stuffed into the bottle.  These bombas are the family’s only source of light.

Towards sunset the children gather for a game of baseball using a small branch from a tree and an old sock stuffed with cotton. They manoeuvre around a caterpillar tractor that ground to a halt a couple of years ago, another victim of the US war on Nicaragua.

After a supper of beans, rice, boiled bananas and iguana the sun crashes down and we all sit outside in the coolness and tranquility of the evening, chatting, playing with the children, spotting stars and satellites in the cloudless sky, and discussing the endless suffering caused by the brutal, senseless war.

Ending the myth of eternalism on a planet with limited resources