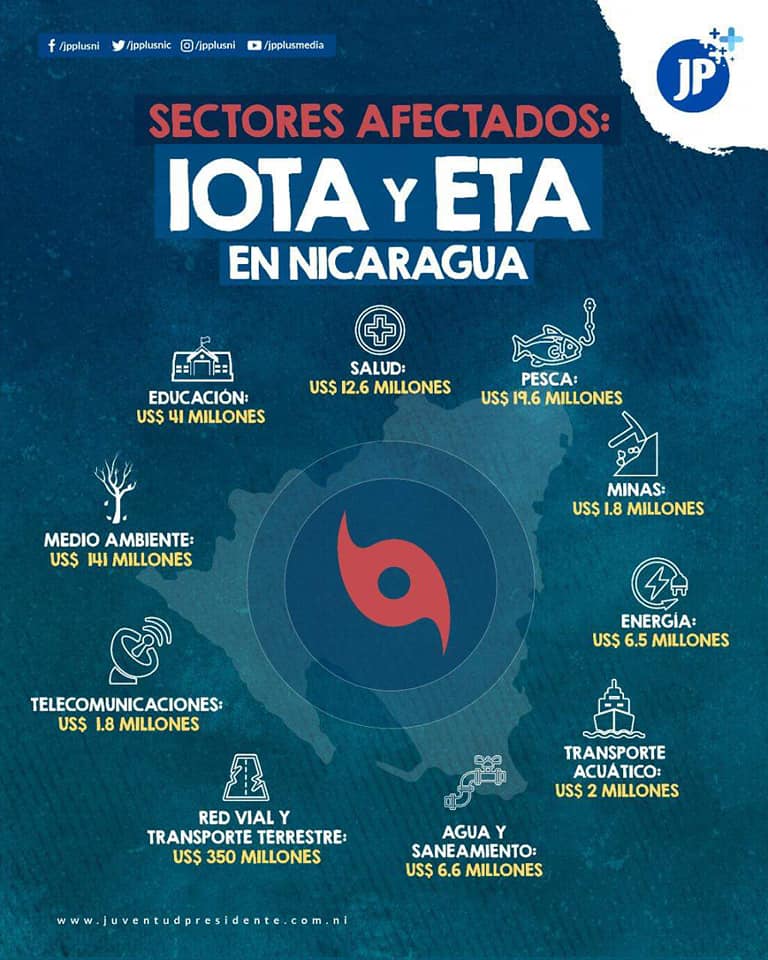 On 2nd and 16th November, two hurricanes with winds of up to 155mph and torrential rain struck the northeastern region of the Caribbean Coast destroying houses, livelihoods, roads, telecommunications, forests, and in some areas, whole communities. 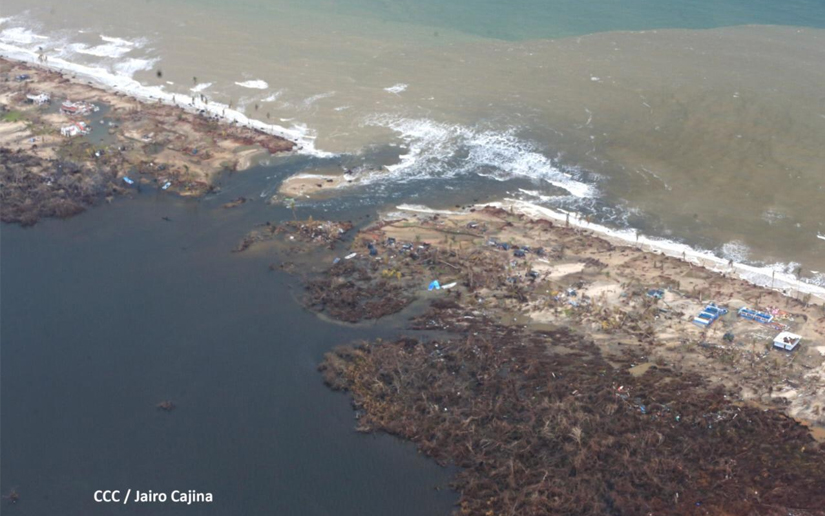 The increased frequency and intensity of hurricanes is a consequence of the climate crisis. Once again, this illustrates the catastrophic levels of suffering and destruction in countries which bear little or no responsibility for the crisis.

Preliminary Nicaraguan government estimates of losses and damages caused by both hurricanes is USD $742 million (6.2% of Nicaragua’s GDP).

This comes at a time when the country is already reeling from the Covid-19 pandemic and illegal coercive measures including sanctions by the United States.

Over 100,000 emergency responders have been mobilised to evacuate 160,000 people. This includes personnel from government institutions, local councils, the armed forces, the police, and volunteer community brigades. Early evacuations were critical to saving lives, as well as providing food, and medical and psychological support.  ‘Material loss can be replaced, life cannot: therefore, evacuation is crucial…” President Daniel Ortega 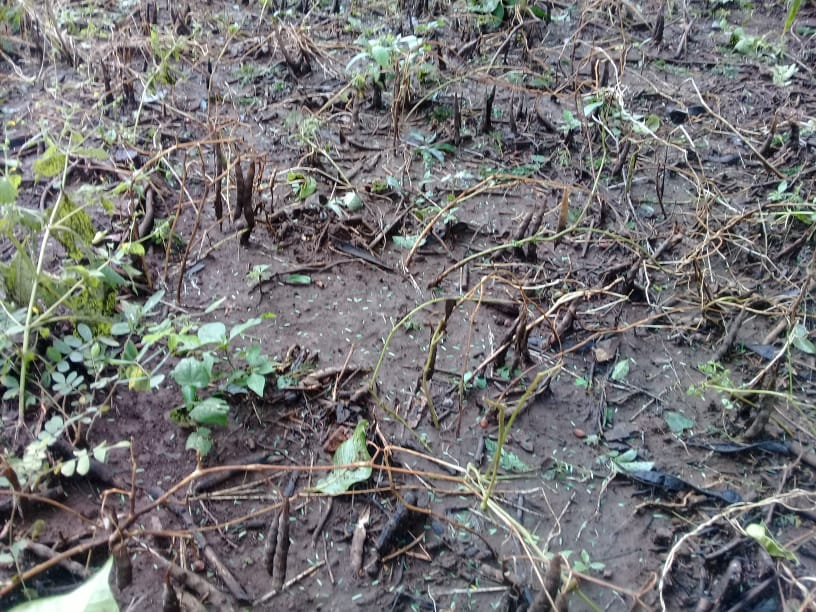 Bean fields destroyed in La Lima, Matagalpa. Photo credit: ATC.High winds and torrential rain falling on already saturated soil affected most of the country. This has happened at the worst possible time destroying coffee and food crops such as beans, maize, and vegetables just as the harvest was about to start. Immediate support in the form of seeds to enable replanting is critical.

Twenty-one people lost their lives, a figure that would have been much higher had it not been for the swift, well-coordinated government action.

The damage to homes, infrastructure and forests is catastrophic. This includes tens of thousands of houses, schools, hospitals, health centres either partially or completely destroyed. High winds, flooding and landslides have blocked roads, cut electricity supplies and communications. Over one million hectares of forests have been destroyed. 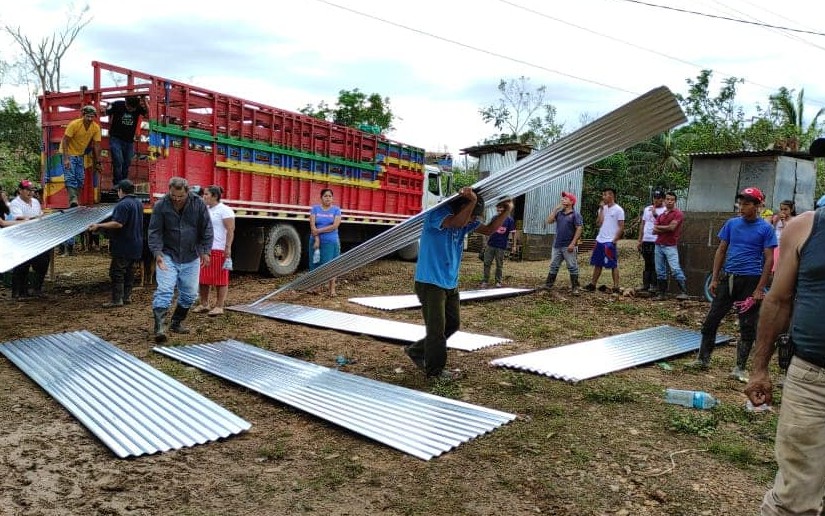 Government agencies are providing emergency packages and roofing for those returning home.

Reconstruction efforts are underway throughout the country repairing roads and bridges, and restoring electricity and water supplies.

Our Nicaraguan partner organisations, the Rural Workers Association (ATC) and the Co-operative Union CECOCAFEN, are providing emergency supplies to their members and supporting them in replanting to make up for the losses of staple crops.

Agroecological farming methods that respect people and the environment will be even more important in recovering crops and food supplies over the coming year.