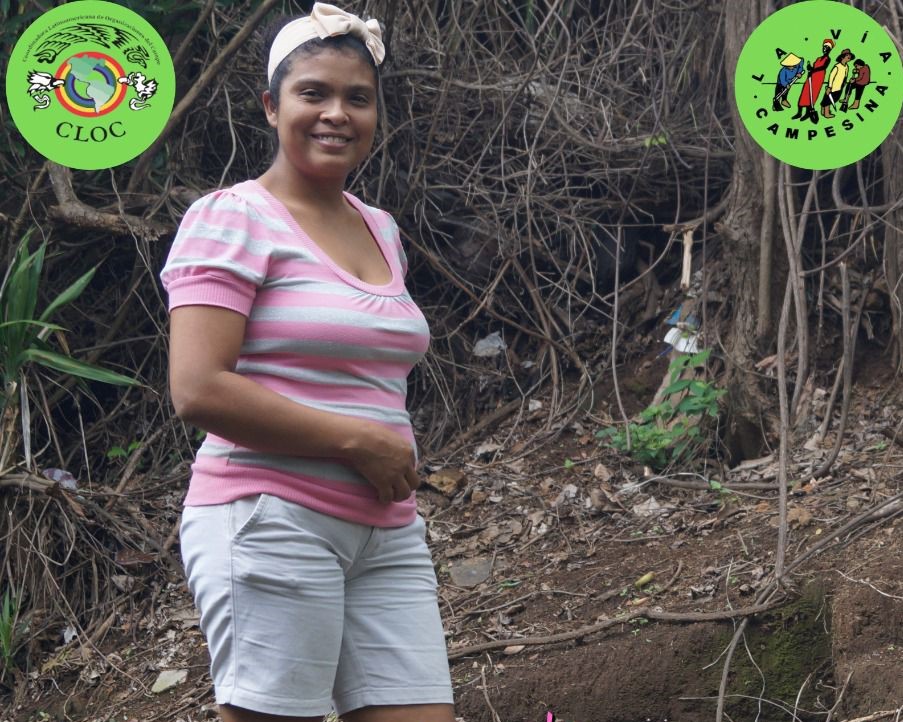 ‘Peasant feminism’ is a term that first emerged from the Women’s Assemblies of La Via Campesina (LVC) in 2013 with the drafting of a document entitled ‘Peasant and Popular Feminism.’

Peasant feminism distinguishes itself from what LVC sees as ‘urban feminism’ in that it is rooted in the rural environment and reflects  the particular situation of women who live in rural areas while recognising the overlap particularly the elimination of all forms of gender-based violence.

Taking this idea further, over many years the Latin American and Caribbean members of La Vía Campesina collectively developed the concept of ‘popular peasant feminism’, rooted in the historical context and forms of struggle of peasant women.

This concept comes from an understanding of feminism as an integral part of the struggle against the capitalist system: “Men are not our enemy. Our enemies are capitalism, patriarchy and racism, and our peasant feminism is key to fighting these.”​

A young peasant leader from the Landless People’s Movement (MST) in Brazil explained that: “For us, feminism means changing relationships between people and nature and between men and women. Our work on farms must be valued, while the work of the home cannot be the exclusive burden of women. We must construct new values and new relations in daily life, in society and within our organisations”.

At the core of rural life is a close, symbiotic relationship between people, food, the land, and the environment.  It follows that peasant feminism puts land rights at the heart of its struggle.

Today, land rights also encompasses food sovereignty, a key demand of peasant feminists, especially in Latin America. Food sovereignty is the right to access affordable, healthy, culturally appropriate food. Lola Esquivel of the Gloria Quintanilla Cooperative notes that “peasant feminism is the fight for health, education, food, and for all women’s work to be recognised”. In this, she interweaves the demands of more traditional feminism—the recognition of all labour traditionally carried out by women with the demands of peasant farmers.

In Nicaragua, peasant feminism additionally characterises itself as being anti-imperialist. In fact, other forms of feminism that are more urban based are often seen as expressing the unwanted influence of the US particularly during and since the 2018 attempted coup. 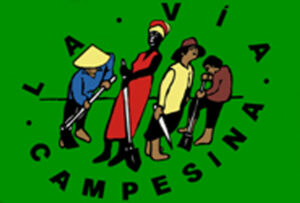 La Via Campesina as an international movement ‘promotes the participation of women from rural areas at all levels of action, power and representation in the building of an international movement politically and socially committed to the defence of peasant agriculture, food sovereignty, the struggle for land, justice, equality and to eradicate all forms of gender discrimination and violence.’

People Working in Rural Areas was approved on 17 December, 2018. Article N°4 declares that it is the responsibility of states to implement the measures it deems appropriate to: “eliminate all forms of discrimination against peasant women and other women working in rural areas and to promote their empowermen

For further information see www.viacampesina.org for a booklet entitled ‘The path of peasant and popular feminism’.

Training the next generation of agroecologists

A circular economy that binds communities together