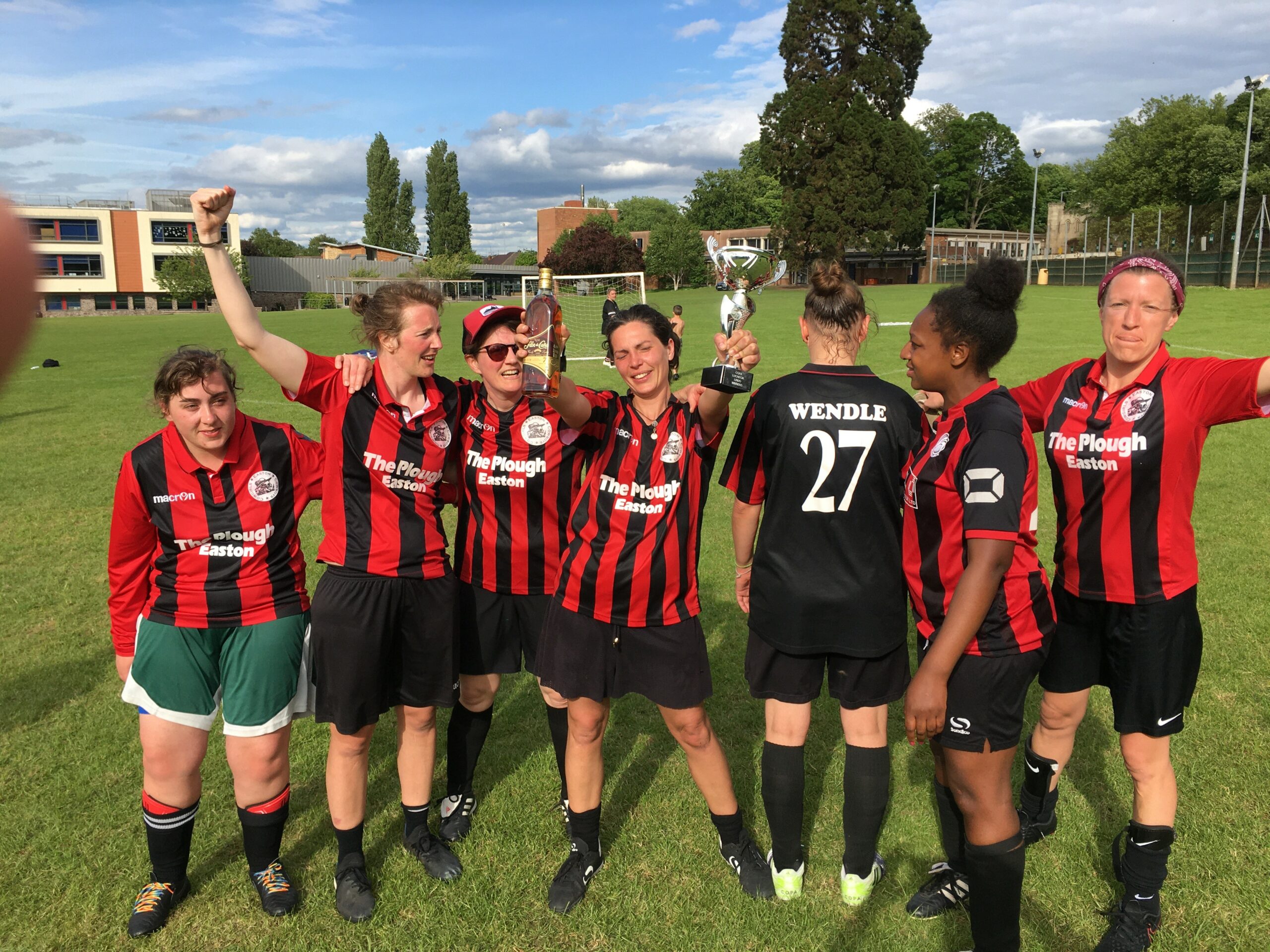 Copa Sandino football tournament in Bristol: biggest and best ever

Under blazing sunshine over thirty teams took part with some coming from Cardiff and Birmingham.

The Nicaraguan Embassy officials brought bottles of rum for the winning teams and chocolate for the referees!

Money still coming in but so far £2,600 raised for solidarity projects in Puerto Morazan including this year’s children’s peace festival and the next pre-school new build for  under -fives. 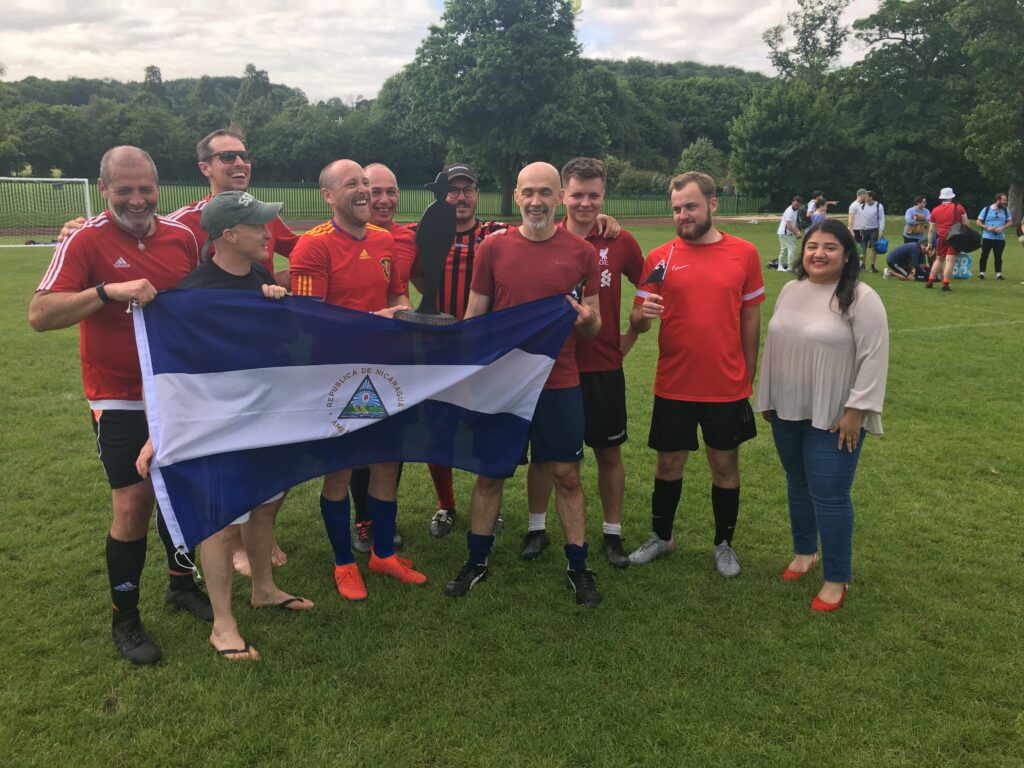 Otomi Winners Copa Sandino 2022 for the second year in a row with Easton Cowgirls (pictured above) winners of the coveted Copa Lucrecia Lindo.

Over 300 people took part on the day playing or supporting and the pop up Colombian café proved a great addition to the tournament.

Maria Clark the captain of the Windmill Hill Trotters said: “We Trotters had a fabulous day yesterday so thanks from the crew for all your hard work and that of all the refs and other people who helped make it happen. The Trotters are keen to be back! We hope there was a good pile of cash for the Nicaraguan projects too. Maria & the Trotters. XX”

Training the next generation of agroecologists