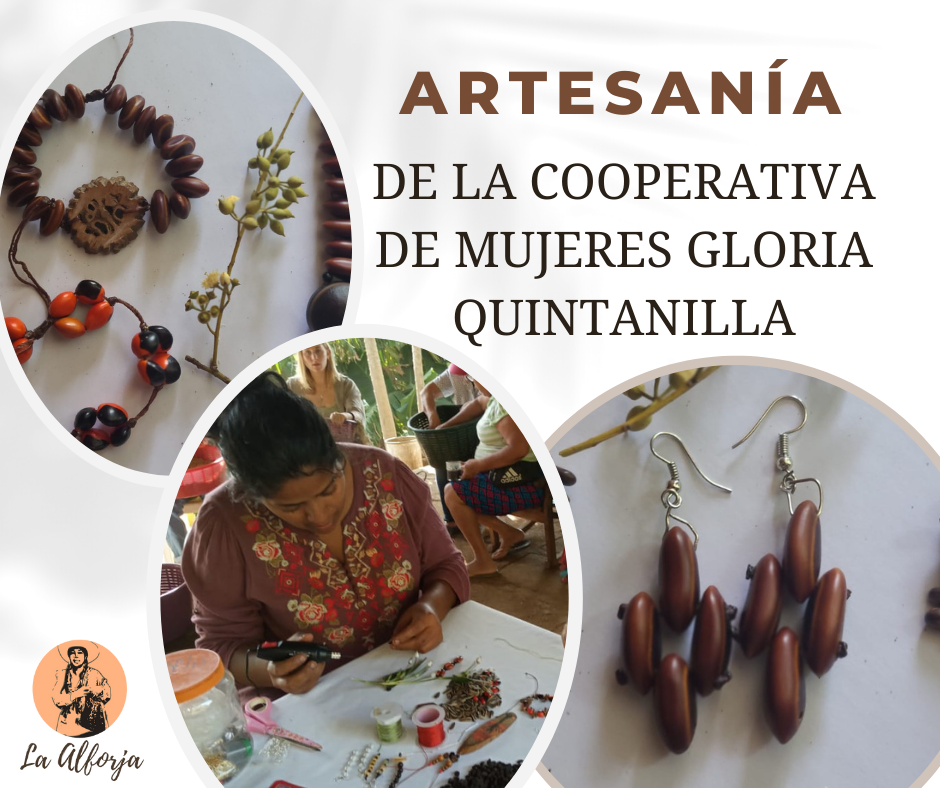 Community building: involving the next generation

Dolores Esquivel is a founder member of the Gloria Quintanilla women’s co-operative. Winnie Narvaez interviewed her about the integration of young people into the co-op, community building as a bottom up concept, and preventing the drift of people from the countryside.

Founded in the 1990s the co-op is in the community of Santa Julia, south of Managua.  Its origins lie in the long struggle by the Rural Workers’ Association (ATC) for recognition for their land rights.

Winnie Narvaez: At a time when there is so much misinformation around and much of what is happening in the real Nicaragua never gets publicised, how can the country move forward through the work of grassroots organisations like yours?

Dolores Esquivel: Community work is fundamental because that’s where people’s daily experiences are played out, especially through the work of women and young people.

There are seventeen of us with leading roles in our community. Since the 2018 attempted coup and the pandemic, we have been focusing  on involving young people. Before, they didn’t produce crops, they didn’t get involved in planting, nothing, because they felt that these were jobs for adults.

Now, encouraged by the community leaders, young people understand that they have to produce, to work the land in order to take care of it.

Something that suddenly became ‘the done thing’ about a year and a half ago was the urge to go and work in the US, Spain, Costa Rica: but we don’t want young people to leave, if they leave then what will happen to the land we have here, to the crops?

So, as community leaders, we have been working with young people. We want a sustainable, productive community, but the most important thing is to make them aware that they don’t have to leave the country, that here there is wealth in land, in our knowledge, in the methods we use, and in our seeds.

Right now we have 38 young people organised, with a young woman in charge and they are creating their own ways of working. Last year in the first planting cycle, twenty-eight  young people took part, now in the second cycle there are thirty-one.. Two years ago they didn’t take part at all, so this is a very healthy sign.

But it’s not only about production. How can we guide them ideologically? How do we teach them: look, this is your land, this is your community?

Everyone has their own talents. All these young people are doing different things and I think that we women are making an important contribution too as adult leaders, promoting these experiences, because these youngsters are the future of our community.

WN: And they are going to sell their products locally or in (the capital) Managua?

DE: They take part in a producer -to -consumer initiative run Friends of the ATC from the ATC national office in Managua. They publicise what we are doing through WhatsApp, manage the solidarity shop’s Facebook page and deliver products to customers. Right now we are making some shopping bags to sell in the shop. So we have already expanded the range of what we do.

The young people always have three things in mind:

They say ‘we are not just going to go around with a machete planting beans and maize, we want to do more’. And they are succeeding. For example, if dragon fruit were plentiful in the past, I would give them away, but now we don’t because we have ways to transform the product and generate more income.

WN: But working the land is also vital?

DE: Yes, everything is integrated: the land, advocacy, marketing and sustainability.

WN: Co-operativism is also a model that offers an alternative to the banking system, to consumerism, but changing that mindset is very difficult because there’s such a lot of pressure to conform. People want a quick job, easy money, to buy the products they see in the media. And as you say many people have left the country too, so it seems like a vicious circle of ideas and pressures.

DE: But at the same time, wherever you go you will find local groups or organisations in the communities supporting a different approach, developing new ideas: ‘look, don’t go, here you have this’. I don’t hear young people here [in Santa Julia] saying they are going to leave.

WN: This provides a different  concept of community development  to the one that you find in books that are more related to economics; here it also refers to the preservation of the community and building communities from below through practice.

DN: We have to think ahead. In the 1980s young boys at say the age of 15  would get involved in community work.  Today I can see Lea, Xiomara, Gemma, girls and young women who will stand up in an assembly and ask about the history of the community, how it was before and how we are doing now.  When we are no longer here, these youngsters will tell the story and we won’t lose that thread.

When you don’t tell people all this, they want a smartphone, they want trendy shoes. If you tell them the story of the community and they see us working, they become more aware. They say yes, you serve as an example.

Ending the myth of eternalism on a planet with limited resources