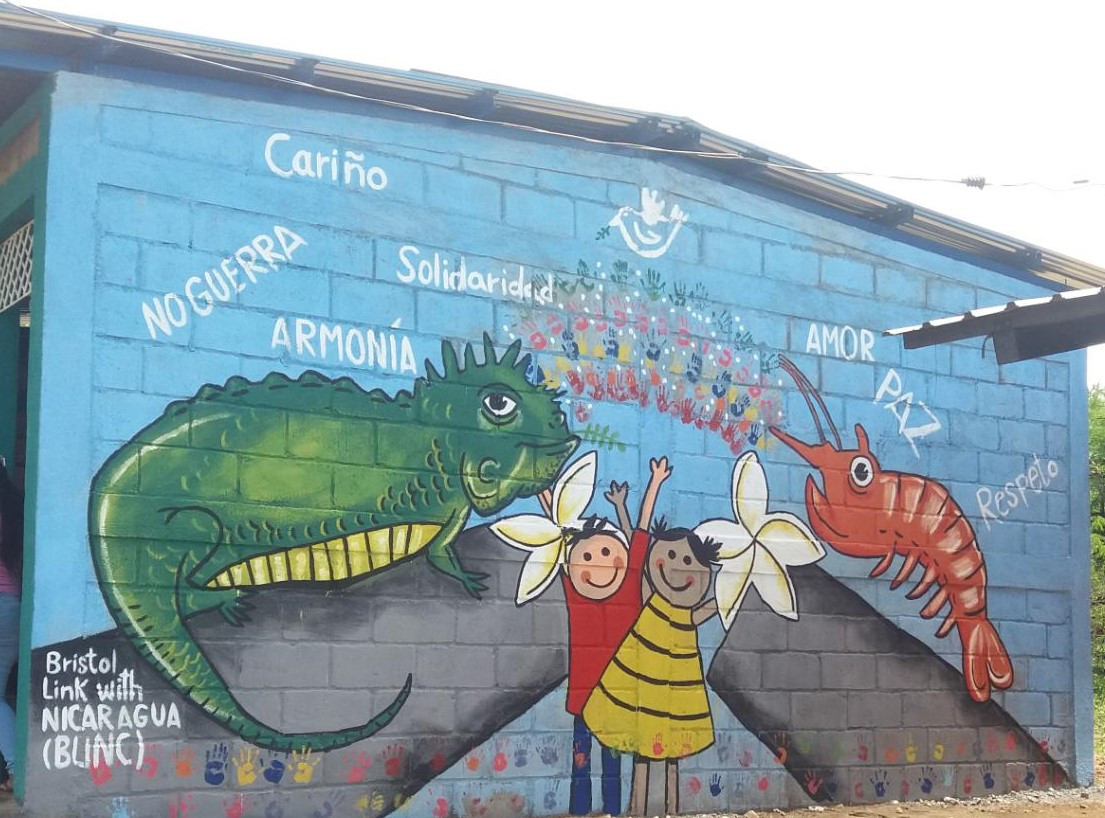 In the past few months tens of thousands of Central Americans – from countries whose governments meet US approval  –  have fled northwards escaping gang violence, insecurity and hunger.  Entire neighbourhoods are being left devoid of people in Honduras and Guatemala. In contrast Yorlis Luna reflects on the vibrancy of the peace and security of the community where she lives in Nicaragua.

Watching images of the caravan of Central American immigrant brothers and sisters on the southern border of Mexico not only moves the heart but also deepens the wounds in the open veins of Central America.  But it also makes us reflect and value more the historical moment of our Nicaragua and defend it with facts, ideas and the written word.

This caravan is full of courageous people who, amidst the heat, the dust, the fatigue and the fear, are advancing through the towns of Chiapas. This human caravan, which Mexican journalists have called the “march of children” is full of life stories, stories of people who have gone through so much in life that they have lost hope for a better tomorrow in their countries. Families who say what they are looking for is “dignity and peace”, because they are fleeing from violence, hunger and misery., from truncated social revolutions and decades of corrupt governments propped by  US imperialism.

If someone asks me why Nicaragua does not have neighbourhoods and entire communities left empty – as has happened in Guatemala, El Salvador and Honduras  after people have joined the migrant caravan – I would say  that Nicaragua has hope,  hope that was born with the Sandinista Revolution in 1979.

Profound peace is not just the absence of war but the search for social justice and opportunities for all, to live and feel like human beings, capable, valued and with rights, as human beings with a roof over our heads, land, work, bread and dignity.

Nicaragua, a beleaguered and much maligned country, is a bastion of true peace in the region.

I’ll give you an example, right now in the streets [where I live] everyone is talking about vaccinations,” did you have any side effects”?

This is the typical question that starts conversations. The queues  start at 6 am as people leave  communities and neighbourhoods very early in the morning, walk calmly and arrive at the nearest health centres.

In the queues you can find everyone, without differences, from the bread sellers with their baskets, the market vendors, the worker with formal employment, the small business owner, the agricultural worker, the farmer and even those who park their cars or vans near the hospital centres. They are the  working class, those who  recognise the value of peace and the daily reality in Nicaragua.

Well, to continue my story, yesterday while we were waiting our turn for Covid vaccines  at our community health centre,  a doctor dressed as a clown, encouraged the children to get vaccinated without fear with the Cuban sovereign vaccine.

Before entering the injection area, she painted their faces with a cheerful sun, the children received health care and love, and I saw several of them leave proud, tender and animated.

The health centre was bustling with activity. Because Nicaraguans leave everything to the last minute, families also took the opportunity  to get other things checked, to book an appointment to see a specialist, to pick up medicines, to have ante natal checks. A doctor passed by asked   a pregnant woman if she had had her vaccinations to which she responded  that she had already had them at a maternity centre.  [The Nicaraguan Ministry of Health has established 178 such centres to provide to provide pre and post natal care particularly in rural areas.]

Outside the health centre, a  man selling enchilada [chicken and salad wrap] and natural sodas told me  about his experience with the second dose of vaccination as he offered coffee and bread to the young doctors.

This is the everyday Nicaragua that encapsulates  struggle, tenderness and care, the Nicaragua that is creating new forms for a life with dignity, love and hope in the midst of a Central America that screams with rage and pain.