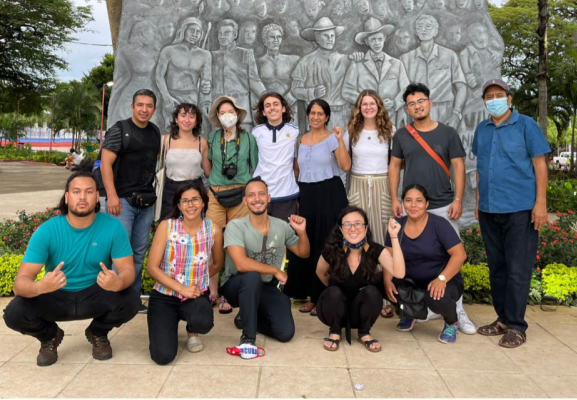 Winnie Narváez Herrera is a young Nicaraguan who lives in Esteli.  In September she joined an international brigade – mostly of young people from the US – who spent some time on the campus of the Latin America Agroecological Institute (IALA) Ixim Ulew. Winnie describes her experiences  of working alongside the students and internationalistas and what international solidarity and genuine co-operation mean to her.

International delegations and brigades are an essential way of sharing ideas and experiences and building solidarity. They raise Nicaragua’s profile and help show the strength of its revolutionary grassroots organisations. The Uruguayan writer and novelist Eduardo Galeano described solidarity as being “horizontal,” and based on mutual respect among people from different places.  This makes solidarity a very rich source of learning for all involved.

On our brigade, our day started at 5am with a loudspeaker playing revolutionary music. One song that particularly resonated with me was one called ‘Sobreviviendo’ by Argentinian singer/song writer Victor Heredia:

“I have a poem written more than a thousand times.

In it, I repeat that for as long as someone

proposes death on this earth

and weapons are manufactured for war,

I will tread these fields, surviving….”

Before going to work we gathered to perform a symbolic ritual of emotional and cognitive connection with the history and struggle of the Latin American peasant movement, called the ‘mistica’. For example, we might chant: “Let’s change the system, not the climate,” or “We’re not birds in the air, or fish in the water, but men and women who live off the land!” The ritual binds the group together before the day’s work starts. 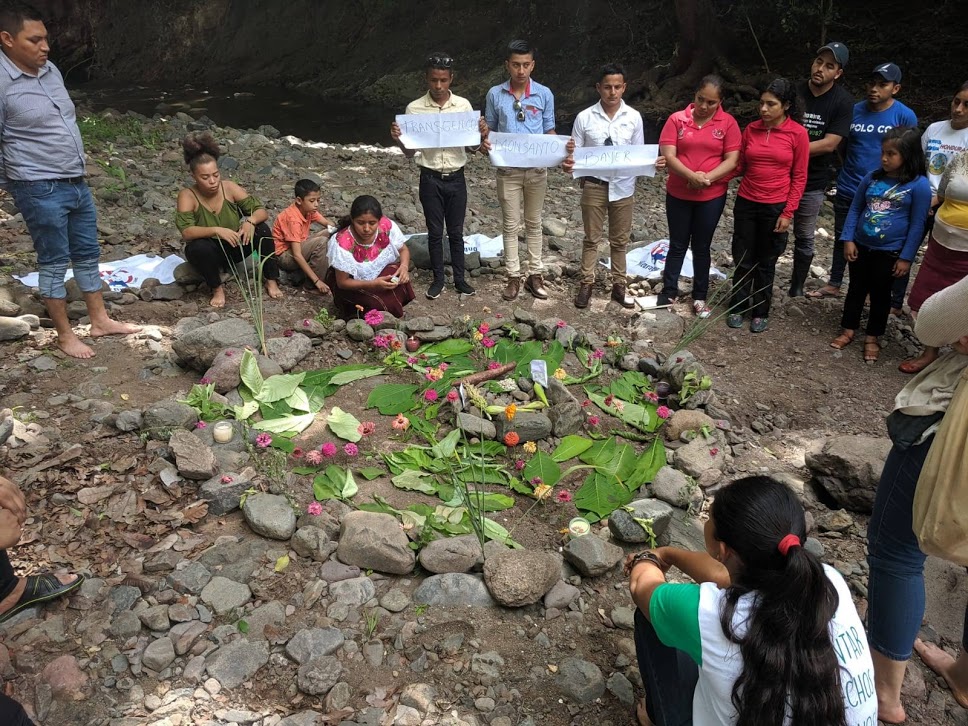 During the course of the day, as well as weeding crops and building raised beds, or whatever other work is needed, there is also time for spontaneous discussions, sharing writings, music, photos, poetry or other things. Agroecology is not just a production system: it is a learning process, questioning the techniques developed by the experts, listening to each other and building shared understanding between us.

Some internationalists are part of Black Lives Matter, others fight for the independence of the countries that their families came from (such as Puerto Rico), others for agroecology, and others for respect for ancestral territories (one was involved in protests against the destruction of cemeteries of former slaves, where the land was wanted for real estate speculation). But they also understand the historical responsibility of their countries in relation to Nicaragua.

At one point I overheard a conversation between two young people. They were talking about the importance of trust and of caring for each other if their movements were to prosper, of being aware whether everyone’s needs are being met. They talked of the way they deal with the pressure of extreme right-wing movements in the US. They spoke about their appreciation and admiration for the dignity of life and work in the Nicaraguan countryside.

What brings together international solidarity and genuine co-operation?

They are both an intrinsic part of a learning process: what people have experienced in their own lives develops further when they get to know and understand the experiences of others, especially in how to deal with various kinds of oppression. Solidarity and co-operation become an extension of each person’s struggle.

We listen to each other to interpret our different experiences, question them, and begin to deepen our understanding and discover more of ourselves… We enjoy knowing that we share similar struggles: that we share anger and joy as well as hope, we commit ourselves to continue fighting, to engage in dialogue whether through the internet or by exchanging articles, to continue accompanying each other in this process.

In this sense, political communication is a key part of the discussion, through it we share the struggles, it helps us to develop politically, giving us a voice and being able to reflect on our experiences.

Ecuadoran writer and educator Rosa Maria Torres talks about “building the framework for genuine international cooperation, which implies the two sides working together, with dialogue, respect, learning and contributions from both, working to change – not the consequences of their problems, but their causes – some of them rooted in the North and others in the relationship between North and South.”

The experience of taking part in the brigade enabled me, as a young Nicaraguan citizen, to understand the close historical relationship between the people of the United States and the people of Nicaragua. Between our peoples.

*The international brigade that Winnie took part in was organised by Friends of the ATC (Nicaraguan Rural Workers Association). For further information see  https://friendsatc.org/