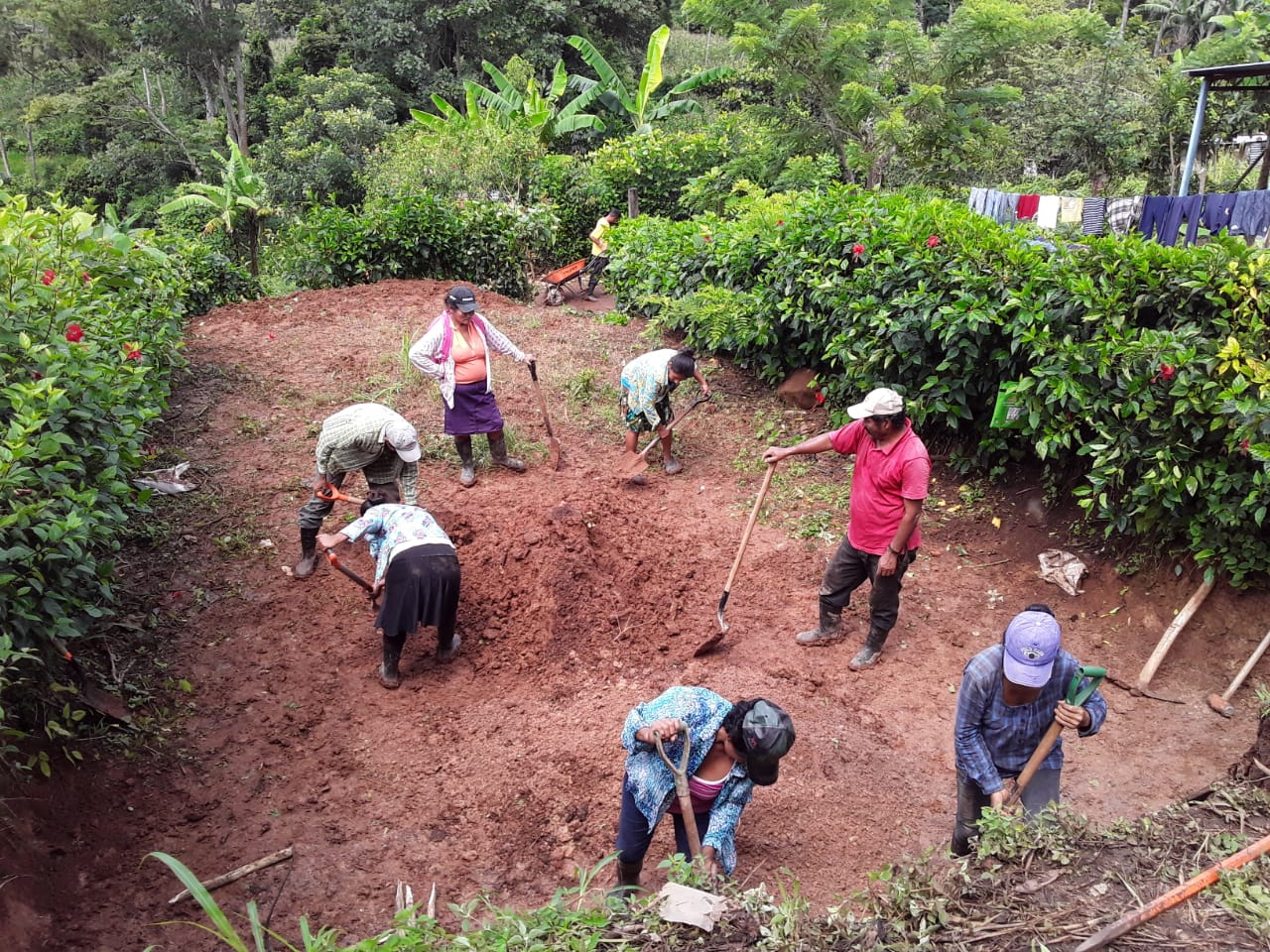 Like every other country, Nicaragua needs more affordable housing.

To address  the shortage, in many places community-based solutions are being implemented through shared responsibility between the government, the local council and the families that need better housing.

Some communities have used a co-operative model based on mutual support among members: many hours of voluntary work are put in by those benefiting from a scheme to build not only their own houses but those of their neighbours. It’s a cooperative model that works because it’s not just about building homes but also about building community solidarity.

Yadira, Margine and another 16 members of the cooperative in La Dalia are agricultural labourers whose main earnings come from coffee picking on large farms for three months each year. With the money earned, they are investing in new homes.

The co-op receives technical support through a government programme financed by a Swiss agency and low interest credit from the government to buy materials.

The land on which the houses are being built was donated by the municipality because the families were relocated from places susceptible to landslides.

In preparation for the work INVUR (Nicaragua’s Institute of Urban and Rural Housing), in agreement with the local mayor, a technical team and the cooperative, evaluated the community’s needs and the suitability of the sites for building houses.

Yadira and Margine explained that “INVUR’s job was to do a survey and check which areas are safe and which are dangerous and what can be done to solve the problems.’

Before starting the work, the cooperative set up three groups.

The planning group is in charge of keeping a timetable, noting when work starts and finishes, and keeping a diary of what happens during the day.

The second group oversees the work teams, and the third is responsible for administration making sure the tools are accounted for and stored safely.

So far they have worked on all five plots of land, building steps where access is difficult, removing heavy stones and flattening the sites ready for building. 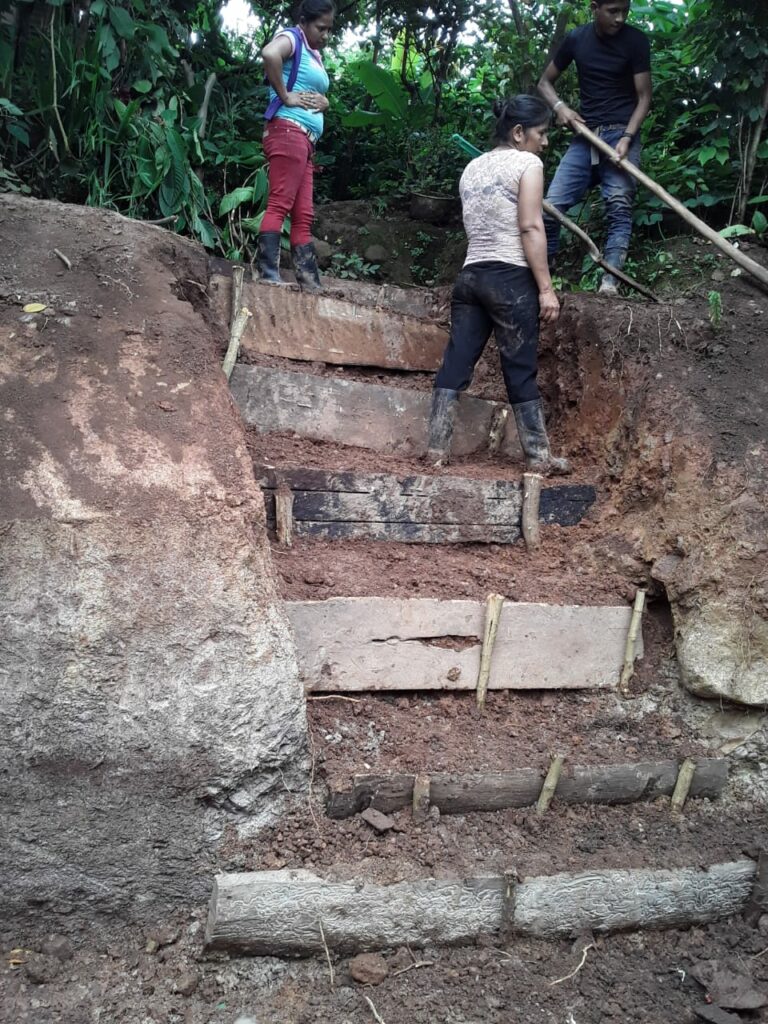 Co-op members joined together to build very steep steps to provide access to the plot of one sceptical member. However, as co-op member Yadire Aguirre commented, this achievement illustrates how people who started off doubtful are now saying ‘it’s amazing what I have achieved with this group’ .

In another case the work involved temporarily moving one of the small old wooden so that the land could be prepared for the new house.

People decide on the designs for the new houses collectively. One of them commented: “I think that our small old house is going to end up being the kitchen, that’s why we have rebuilt it properly and further back so that the new house isn’t affected by the smoke from the kitchen fire. I can already visualise what the new house will look like”. 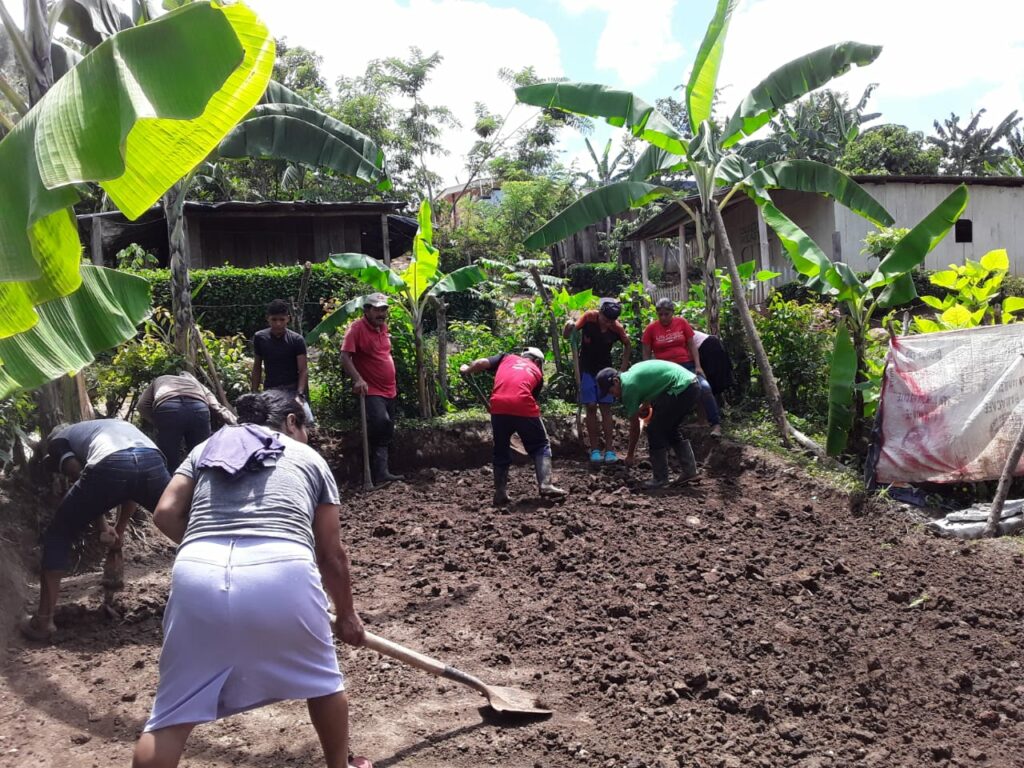 Flattening the land ready to build a house: mutual support produces genuine cooperation based on sharing, caring, remembering daily experiences of working together and recognising each person’s contribution to the communal efforts.

“We don’t get paid, all our strength goes into the voluntary work building our houses because this is where we are going to live. The more we work we do, the more strongly each of us feels for the house we are building, everyone feels attached to what they are creating.’ Yadira Aguirre and Margine Martínez

Webinar: What difference has 14 years of Sandinista government made?