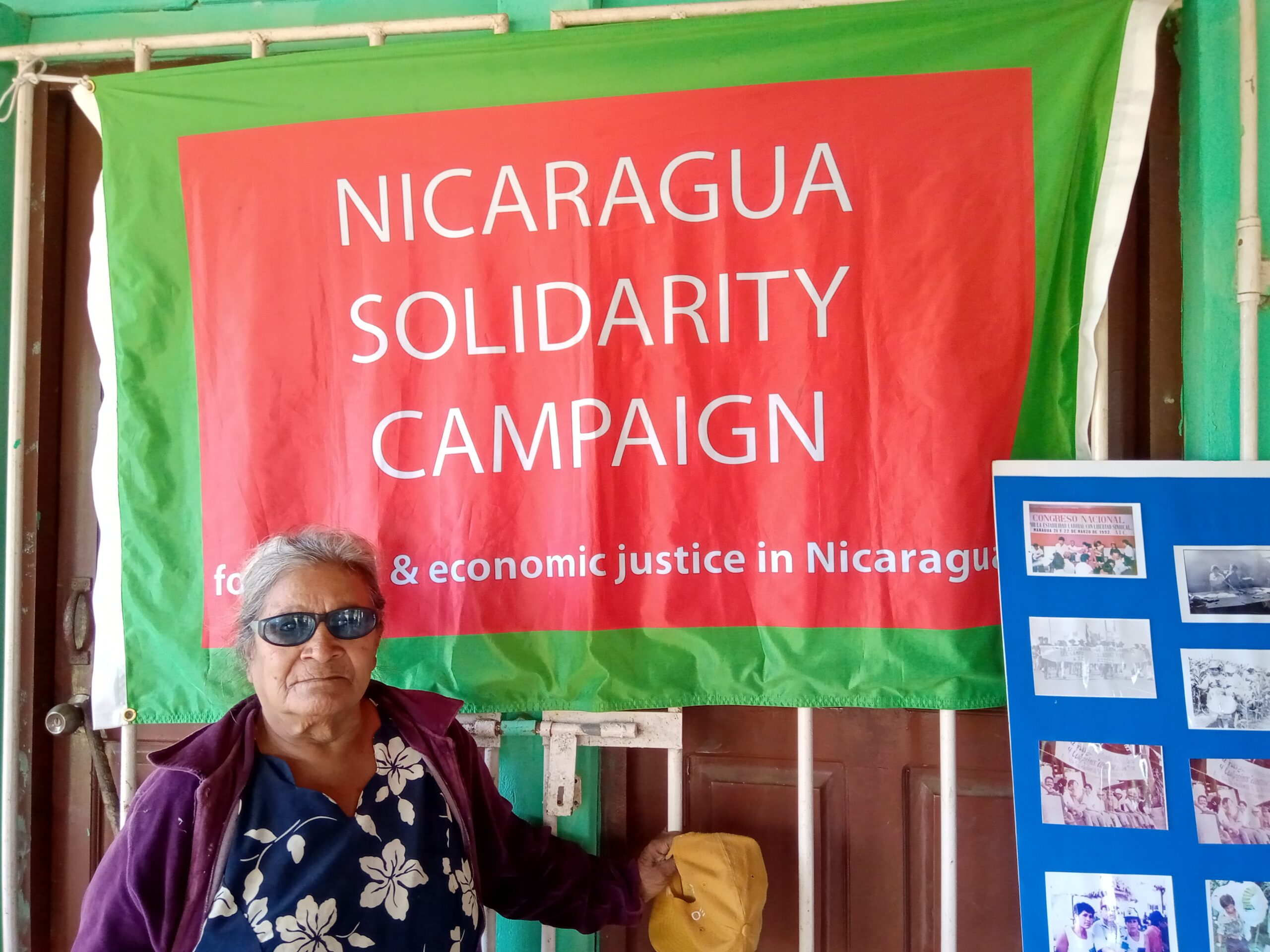 We mourn the passing of Doña Irma who has died at the age of 76. Dona Irma was a member of the Gloria Quintanilla Women’s Co-operative set up with the support of NSC’s partner organisation the Rural Workers Association (ATC) in 2008.

In a testimony given to members of a 2019 delegation organised by Friends of the ATC,  Doña Irma explained the profound transformation in the life of her family and community brought about by the Sandinista Revolution and the Rural Workers Association (ATC).

For over 40 years Doña Irma lived in the community of Santa Julia where the Gloria Quintanilla Co-operative is based and where she raised eighteen children, ten of whom are still alive.

During the period of the Somoza dictatorship Doña Irma was a seasonal agricultural labourer paid a pittance for working on a local coffee plantation formerly owned by a German but confiscated by the Somoza family during the Second World War.

This meant a ‘triple day’ cooking, looking after the house and caring for her family as well as working in the fields.  Doña Irma also experienced being beaten and locked up after she left her first husband.

In her testimony Doña Irma went on to talk about the way the Revolution under the leadership of Daniel Ortega and through the ATC had ‘lifted up’ the community particularly when they set up the Gloria Quintanilla Co-operative in 2008.

As a member of the Co-operative Doña Irma owned five manzanas of land (3.5 hectares) where she grew coffee, mangos, avocados, oranges, and bananas and raised chickens. Part of the land is planted in cedar trees.

She explained how she refused to use chemicals but made natural fertilizer  using ash, coffee pulp, wood, rice, bean pods.

Dona Irma concludes her testimony by saying ‘everything has been hard but here in the countryside we are better off than the people in the city’ through being able to grow food and through the mutual solidarity of being organised into a co-operative of women.

We mourn the passing of an extraordinary woman.