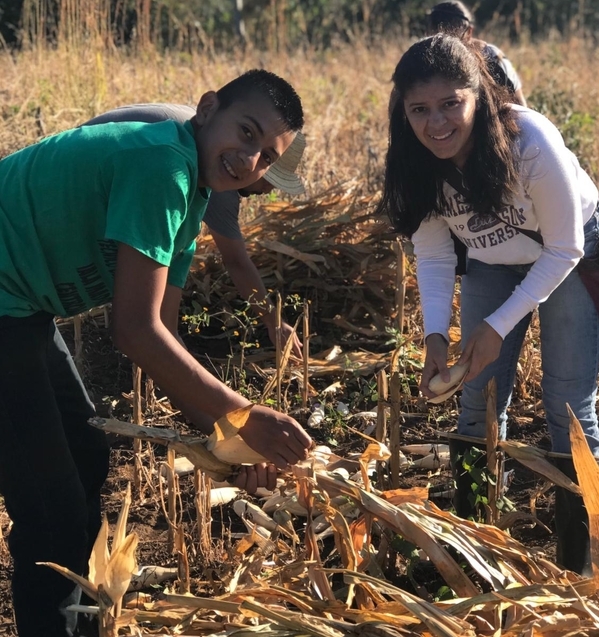 Today, 19th July,  is the 42nd anniversary of the Sandinista Revolution NSC joins nearly 200 US based organisations in calling for the US to stop interfering in Nicaragua’s internal affairs by promoting regime change.

The ATC denounces the danger of US imposed regime change on the human rights of those in rural areas who are among the most marginalised sectors of the population.  This includes:

* 160,000 rural and urban property titles issued, the majority to women, as part of an ongoing programme initiated during the Sandinista agrarian reform programme in the 1980s. This has been particularly important for small-scale producers based on the principle that ‘land should be controlled by those who take care of the earth’;

* the Ministry for the Family, Co-operative, and Associative Economy (MEFCCA) and technical institutes that provide business management and technical training and promote peasant production linked with marketing networks

* the approval of a legal framework and policies that have achieved 80% sovereignty in basic foods, the majority of which comes from small and medium producers

* government institutions that provide support and training for ATC agroecology programmes, particularly for women and younger people, the next generation of farmers

Calling on the US to cease destabilising Nicaragua

“How would it be if the United States were viewed by the rest of the world as interfering with the elections directly of other countries and everybody knew it? What would it be like if we engaged in activities that they engaged in? It diminishes the standing of a country.” President Biden, June 2021

Thirty-five years ago, on June 27, 1986, the International Court of Justice in the Hague ruled that the United States had violated international law by supporting the contras and mining Nicaragua´s harbors- in breach of our country´s international obligations “to not use force against another state, not to intervene in its affairs and not to violate its sovereignty”.  The decision included the need to pay reparations, calculated at over $US 17 billion.   The US refused to comply.  Over 30,000 Nicaraguans died as a result of the war and their economy was totally destroyed by the time the war ended.

The US went on to interfere in the 1990 election, pouring in millions of dollars to create a candidate of choice and to threaten the people of Nicaragua with more war if they did not vote according to US dictates.

Following the Sandinistas’ return to power via elections in 2007, the US resumed efforts to undermine the Sandinista government, openly channeling over $200 million dollars through Nicaraguan non-profits and dozens of newly-created media outlets for regime change efforts. This culminated in a failed coup attempt that killed over 200 people in 2018.

In July 2020, a USAID document leaked from the US Embassy in Managua outlined an orchestrated plan, RAIN or Responsive Assistance in Nicaragua, financed by the United States to launch a government transition in Nicaragua over the next two years.

Right now, the Renacer Act is moving quickly through the US Congress with the explicit intent to interfere in Nicaragua elections, as stated in the title: Reinforcing Nicaragua’s Adherence to Conditions for Electoral Reform Act of 2021. The Renacer Act ramps up economic sanctions. It threatens Nicaraguan voters to vote for an opposition candidate if they do not want to suffer serious privation over coming years.

Our friends, family members, organizational partners, and communities in Nicaragua want the US to stop interfering.  They tell us that the government cares about the poor, citing good governance from which they benefit directly: safety, food security, agroecology, access to health care and education, commitment to gender equity, disaster prevention and mitigation, energy diversification, best infrastructure and roads in the region, and programs to expand access to housing, water and electricity.

Poverty and extreme poverty have been reduced by almost 50% from 2007 to 2017.  Nicaraguans ARE NOT fleeing to the US border by the thousands, unlike their neighbors of the “northern triangle”. US regime change operations in Latin America have a long, sordid history and continue to do enormous harm in the many places where they are active today.

US sanctions in support of regime change are devastating to the most vulnerable people, and they are illegal.  As elections approach in Nicaragua, the US is directly interfering and, everybody knows it.

We call on the United States to stop interfering; it diminishes the standing of our country, and the US globally.