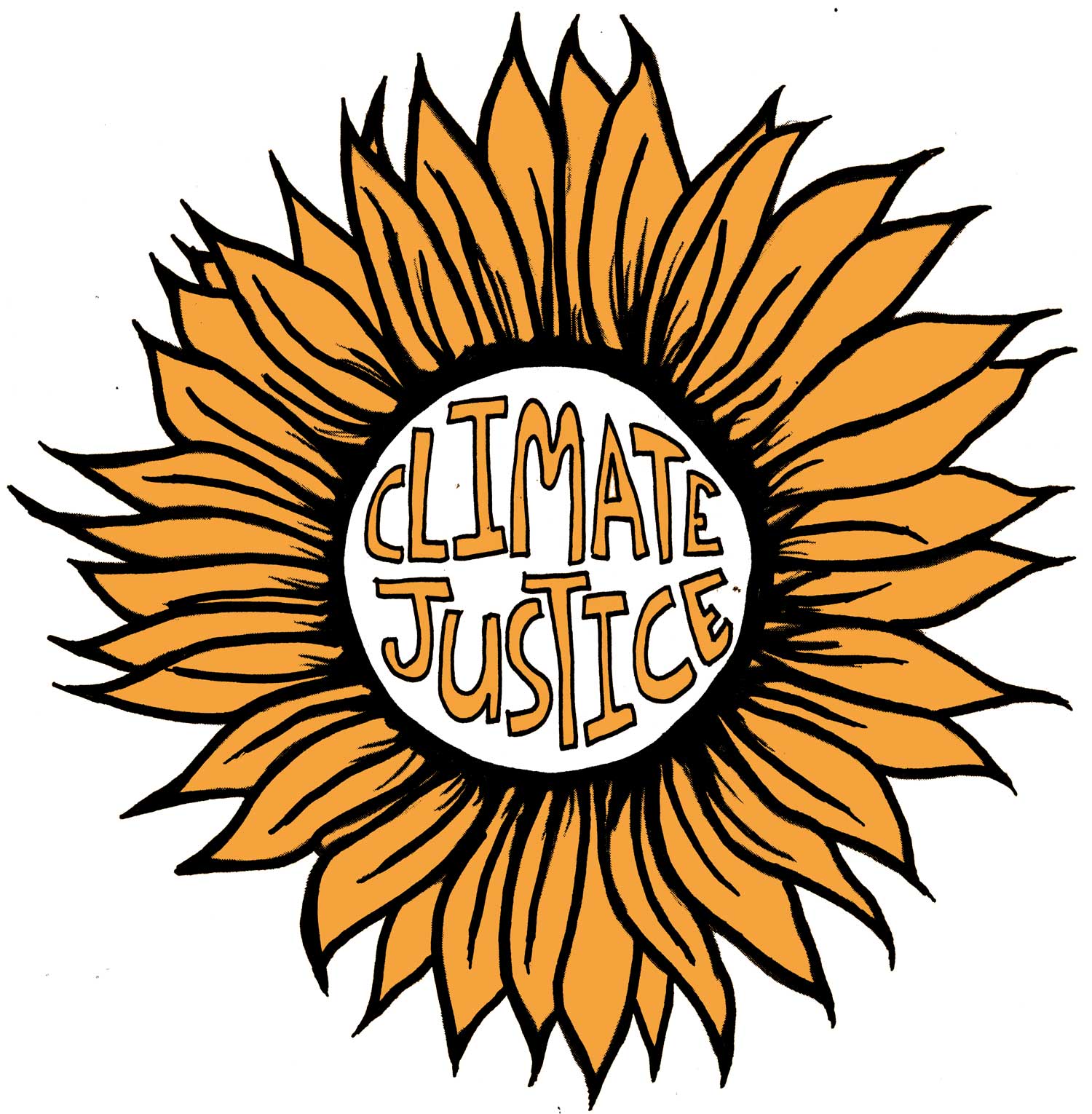 In December 2020, UN general secretary, Antonio Guterres, warned that humans are waging a “suicidal” war against the natural world, which is “devastating our planet. Nature is striking back with gathering fury, biodiversity is collapsing….”

Nicaragua is a small Central American country roughly the size of England and Wales with a population of 6.5 million.

While rich in resources it has been made poor through its historical role of serving the needs and wants of countries of the North.

Although contributing only 0.03% of global carbon emissions, Nicaragua is an example of a developing country with its most marginalised citizens suffering the worst consequences of a climate crisis for which they bear least responsibility.

This crisis has intensified at a time when the country is also confronting Covid-19 and the consequences of US sanctions. 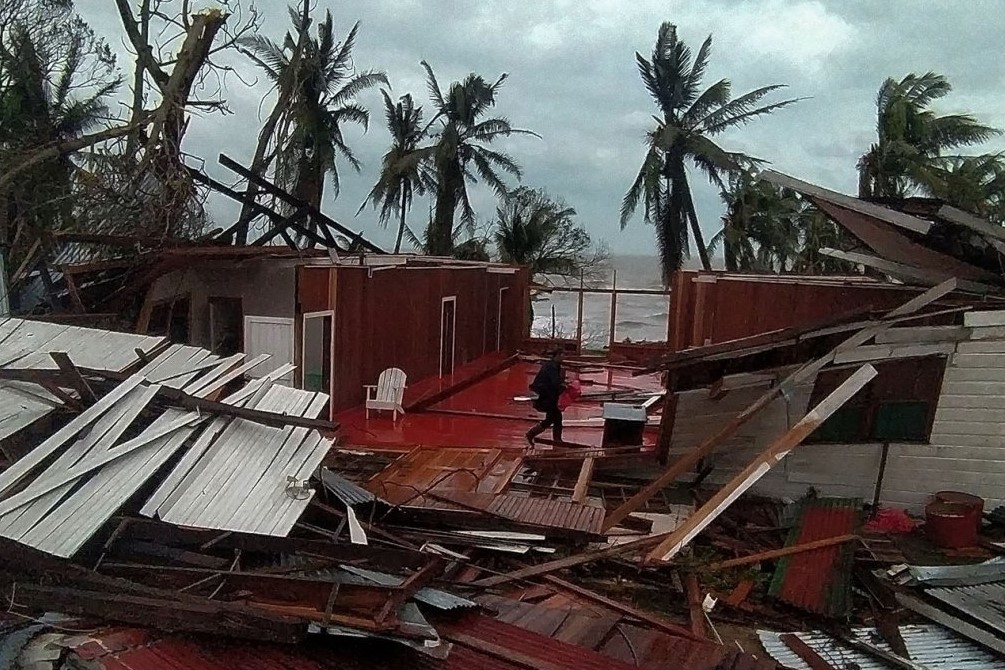 The two catastrophic hurricanes of unprecedented strength and frequency that struck the region in early November 2020, are an example of the climate crisis engulfing the world. In Nicaragua alone, 21 people lost their lives, and tens of thousands of the most marginalised lost their livelihoods. Damage to infrastructure amounted to 6% of GDP.

Extreme weather events make temporary headline news. But the most marginalised including small scale farmers confront the climate crisis on a daily basis because of the debilitating effects of rising temperatures, erratic weather, and crop diseases.

This in turn leads to higher costs, reduction of income, food insecurity, unemployment, an  increase in poverty, and fuels migration to cities and abroad.

What is climate justice?

Climate justice = listening to and acting on the perspectives  of those already impoverished  by multiple injustices particularly in countries in the Global South: those least responsible for the climate crisis suffer the most grave consequences.

Climate justice = COP26 in November  committing to measures to build a  sustainable circular net zero planet by 2050 and climate finance of at least US$100bn annually for  developing countries that includes losses and damages as well as mitigation and adaptation.

Climate justice = fighting for the rights of small scale farmers and indigenous peoples who are taking action to cool the planet through  using agroecological farming methods that respect people and the planet.

Change the system, not the climate: small scale farmers and indigenous peoples cool the planet 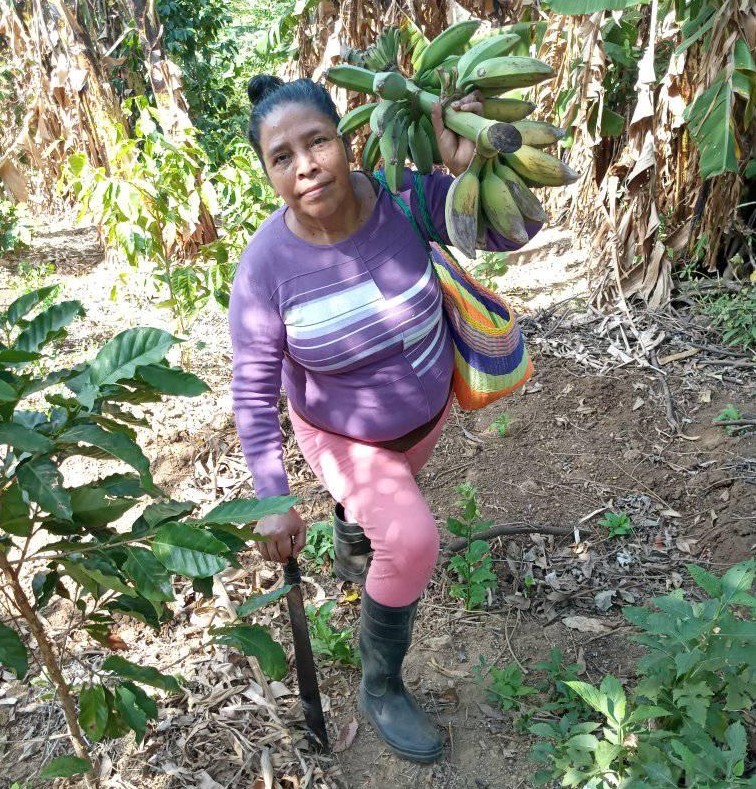 Based in the rural community of Santa Julia south of Managua, the Co-operative set up in 2008, has twenty members. They are peasant farmers who grow diverse varieties of fruit and vegetables and also coffee. Through a long struggle they have transformed the lives of the entire community through their commitment to food sovereignty, agroecology, gender equality,  land rights and climate justice.

“Before we had no land, we were workers living in camps on large farms, exploited, treated badly, humiliated and easily sacked. Now thanks to the Sandinista Revolution (agrarian reform programme) we have our own land….” Eloisa Garcia

Agroecology is fundamental to the community’s transformation: “We use agroecology because in this way we take care of our farms, our health and (the wellbeing) of future generations.”

As defenders of the rights of women and girls the Co-operative is building an understanding that ‘men and women are born with equal rights and equal opportunities.’

This legacy will be passed on to the next generation and is all important to the whole community: “We don’t want to tell young people look I have left you this plot of land that is completely destroyed. We want to give them something good that they will be grateful for so they can learn to love their land.” 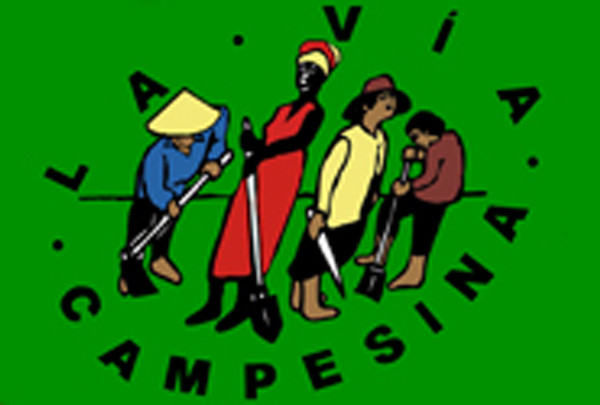 The Gloria Quintanilla Co-operative is a member organisation of the Nicaraguan Rural Workers Association (ATC).

The ATC is a founder member of La Via Campesina (LVC), the global movement of millions peasants and indigenous peoples who are employing a food production system based on healthy, locally produced food and social transformation that respects people and the planet.

LVC believes that the globalised, unsustainable system of food production controlled by transnational corporations significantly contribute to the climate and biodiversity crisis, and is deepening the concentration of power, wealth and land in the hands of the few.

These ‘false solutions’ [to the climate crisis] will result in pushing more people off the land – people who have had a relationship with the land for centuries. This is because they see farming as a business, not as a human right to enable people to eat and live in harmony with nature.’

LVC argues that capitalism has colonised all aspects of our lives in a way that is all encompassing. Therefore addressing the root causes of the consequences must also be holistic recognising that climate justice is inseparable from social and economic transformation.

‘COP26 is an important space for us but more important is our ideological and practical grassroots struggles in our communities and territories, it is us who are cooling the  planet through practising agroecology and food sovereignty.’ Amaru Torrez, Climate Justice Collective, La Via Campesina