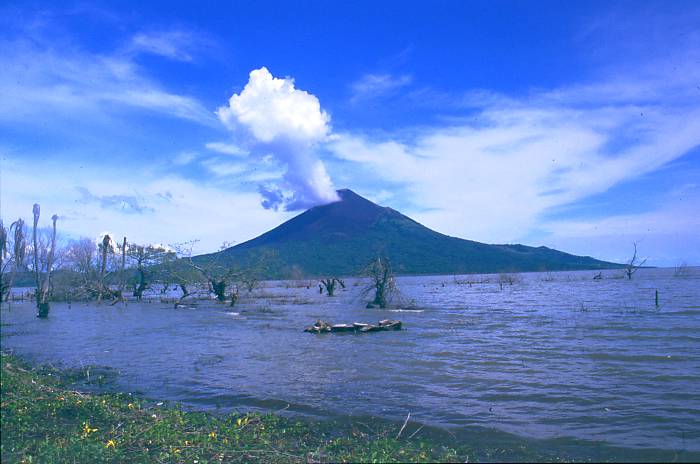 An April report of the International Energy Agency  report, predicts  that global energy related carbon emissions  are  set to sky-rocket in 2021.

It could mark the second biggest annual rise in global energy related emissions in history, predominantly driven by  increased use and investment in coal by the US and China.

Such contributions to the intensification of the climate breakdown impact most severely   countries  such as  Nicaragua that bear  least responsibility for the  crisis.   Nicaragua is   one of  most vulnerable countries to climate change, though its own emissions only account for  0.03% of global emissions.

The superpower polluters  have  belatedly recognised the immensity of the crisis and have  started moving away from reliance on fossil fuels such as coal. However, whether their commitment and actions will correspond to their rhetoric is the major question hovering over COP26 in Glasgow in November.

In 2007, long before the climate crisis was recognised internationally as the greatest crisis facing humanity and the planet, Nicaragua began a transition to renewable energy.

The Sandinista government, elected to power in 2006,  made a commitment to move  from fossil fuels to renewables. At that time  only 25% of the energy generated   was renewable, but as of March 2021, this figure stands at 75%. This ‘green revolution’ has  been praised by the Inter-American Development Bank.

‘The wind comes when we need it. It starts blowing around five in the afternoon, and dies down around 10, then starts again early in the morning. It’s a magic product.’ Centro Humboldt, Nicaraguan environmental NGO 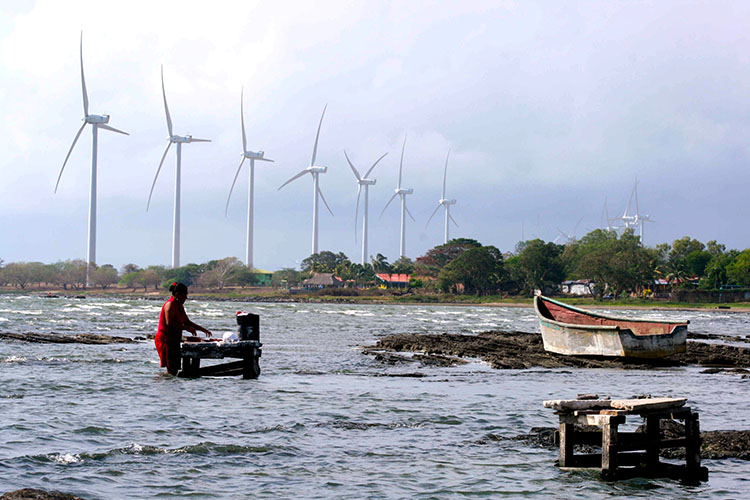 Of all the renewable energy sources, Nicaragua’s secret weapon is its volcanos. The geothermal energy from Nicaragua’s dozen volcanos provides almost a quarter of the country’s renewable energy. The rest is provided through wind, solar, hydroelectric and biomass – predominantly a bioproduct of sugar cane.

The ‘green revolution’ has touched every part of the country. For example, Solentiname—an environmentally fragile archipelago in the south of Lake Cocibolca now has  solar energy for the first time.

This means that local people  can enjoy plenty of electricity while simultaneously minimising harm to the precious flora and fauna in their ecosystem. It came as part of Nicaragua signing up to the International Solar Alliance which pledges to maximise the use and access to solar energy, including improving on current technologies.

This expansion of renewable energy has been  accompanied by an expansion of the electricity grid, a key part of the government’s poverty reduction programme particularly in rural areas.

Through conversion to renewables, extensive reafforestation, and environmental education in schools Nicaragua is playing its part in reducing carbon emissions.

If the second poorest country in Latin America can do this, will the largest polluters show the same level of political will and ambition in the lead up to COP26?