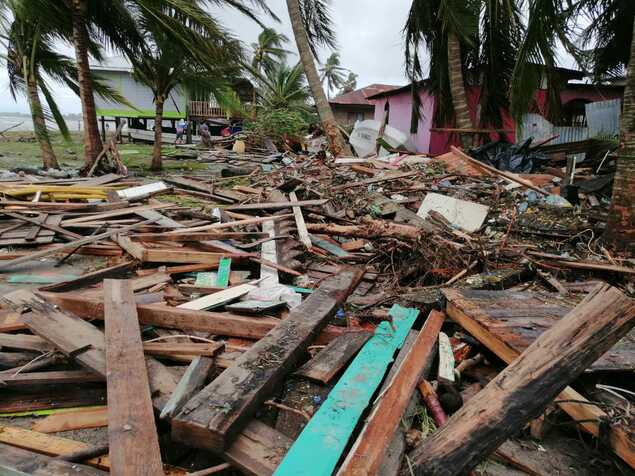 Hurricane Eta is the 28th Atlantic storm this season and the 12th hurricane: twice as many as an average season. The World Meteorological Organisation ran out of alphabetical names in mid September so have resorted to using letters from the Greek alphabet for subsequent storms.

Once again, this tragedy is an illustration of the fact that those who are most impoverished are the ones who suffer the consequences of the climate crisis for which they are least responsible.

In anticipation of a potential catastrophe, the Nicaragua government had activated emergency procedures in the previous week through the National System for the Prevention, Mitigation and Attention to Disasters (SINAPRED).

Well established and integrated procedures, co-ordinated by SINAPRED were activated at national, departmental and municipal levels and across government departments, institutions, and the military.

Winds of up to 140 mph, torrential rain, and a storm surge caused widespread damage to homes, livelihoods, roads, electricity supplies especially in remote areas. Two people were killed in a landslide in the gold mining town of Bonanza.

The majority of the region’s inhabitants are Miskito, who live through subsistence farming or fishing. Most of their homes are wooden structures concentrated in riverside communities that likely suffered heavy damage. They depend on hand-dug wells for drinking water, contaminated by floodwaters.

SINAPRED has begun co-ordinating an operation to return people to their homes, ensure food, medical supplies and fuel and to begin clean up operations, to restore electricity and clear roads. The Red Cross and the World Food Programme are providing support.

The hurricane weakened to a tropical storm as it moved inland. However up to 15-25 inches of rain fell across northern Nicaragua, causing severe damage to homes and crops.

The storm moved north across other Central American countries and Mexico before veering northeast to Cuba and Florida. In Guatemala 150 people lost their lives in mud slides and dozens more are missing. 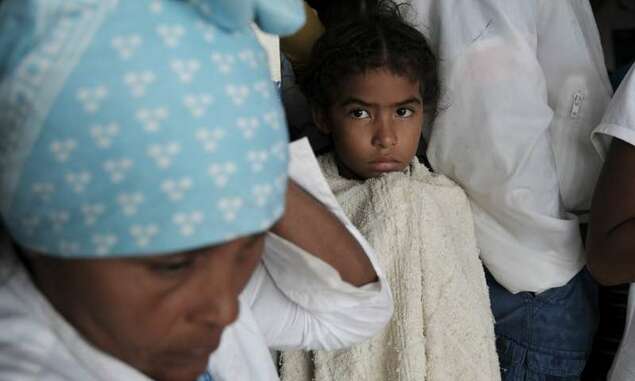